A Great Man and a Great Physician 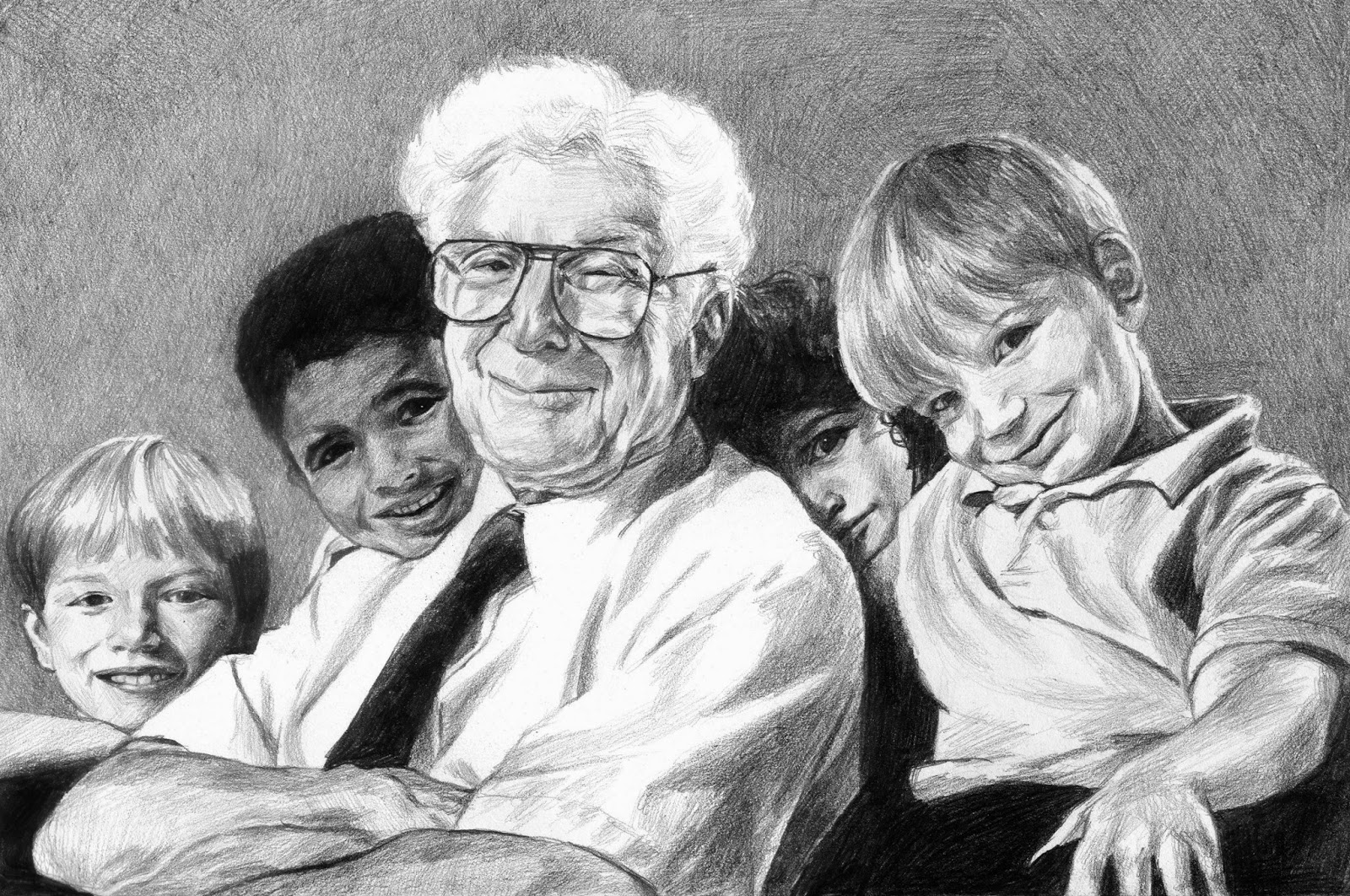 This is one of my heroes, Dr. Jay Arena, whom I was able to learn about thanks to my good friends, his Granddaughter Megan Smith and his daughter Jeannie Arena-Smith. I am very grateful that they shared their deep reverence and love for Dr. Arena with me. He is truly a heroic figure who has left a shining legacy for Duke Medicine to live up to. I am going to be using this drawing of Dr. Arena for a poster, and probably some trainings here at Duke related to our "Living Our Values" campaign. Dr. Arena, a "relentless advocate for children," was an absolute dynamo of patient safety as a Pediatrician, and his work led to many advances in safety for patients in general, the most notable of these being the establishment of the first poison control centers in our country, and the development of the child proof safety cap. I am pasting a great write up about one of Dr. Arena's many crusades on behalf of pediatric patients. Of note, Dr. Arena was a devout Catholic and a Daily Mass attendee. The image I thought was perfect, because it captures Dr. Arena's love for his patients. ----- In May 1948 two children were admitted to Duke Hospital within two days, one two and the other four years old. Each had eaten a full bottle of the newly developed St. Joseph’s flavored aspirin for children as if the pills were candy. Both died from aspirin poisoning, as did more than 400 children across the nation in two years. Jay M. Arena, MD, professor of pediatrics at Duke and a relentless advocate for children, called Abe Plough, the president of Plough, Inc., makers of St. Joseph’s aspirin, to talk with him about the deaths he had just witnessed. When Plough said that he had heard rumors that children had died from their product, Arena exploded into the phone that it wasn’t a rumor but a sad fact. Their flavored aspirin was a wonderful product, but it caused problems everywhere, and the answer might be as simple as developing safety closures for aspirin bottles. Plough ordered his company to develop safety caps, which Arena tested with the families of his young patients in Durham. He recommended the one cap he believed was best, and Plough followed his advice. Children’s deaths from aspirin poisoning fell immediately. Later Arena convinced Plough to lower the number of tablets in each bottle from 100 to 35 and to reduce the dose in each tablet down to 1 1/2 grains, making an entire bottle non-lethal for a child of two. Their work led to Congress enacting laws in 1972 requiring that all medications be put in bottles with safety closures unless a consumer requested otherwise. The law also mandated that all household products be sold in containers with safety closures and proper labeling. Arena considered the legislation his most satisfying accomplishment.
Posted by ABOUT THE ARTIST: DAVID MYERS at 1:33 PM